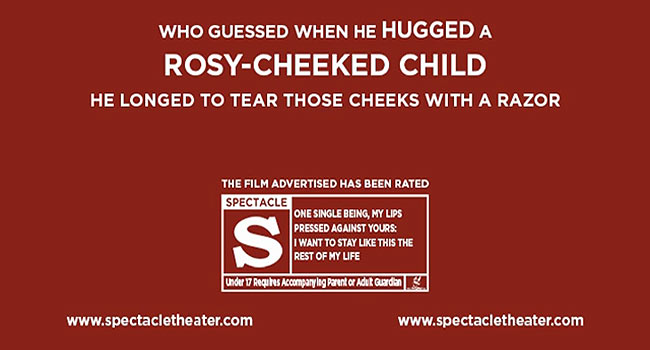 Between 2011 and 2015, I composed nearly 100 original trailers for collectively run, daily Brooklyn microcinema Spectacle, most of them related to the hundreds of shows I programmed during that time. These trailers were presented in the context of pre-show promotional material at the cinema and widely viewed and shared online. Recognized for their lineage in the art of détournement, reappropriation, and anti-consummerist meta-commentary, the trailers have shown in cultural institutions and DIY venues around the world.

View a selection of trailers here. 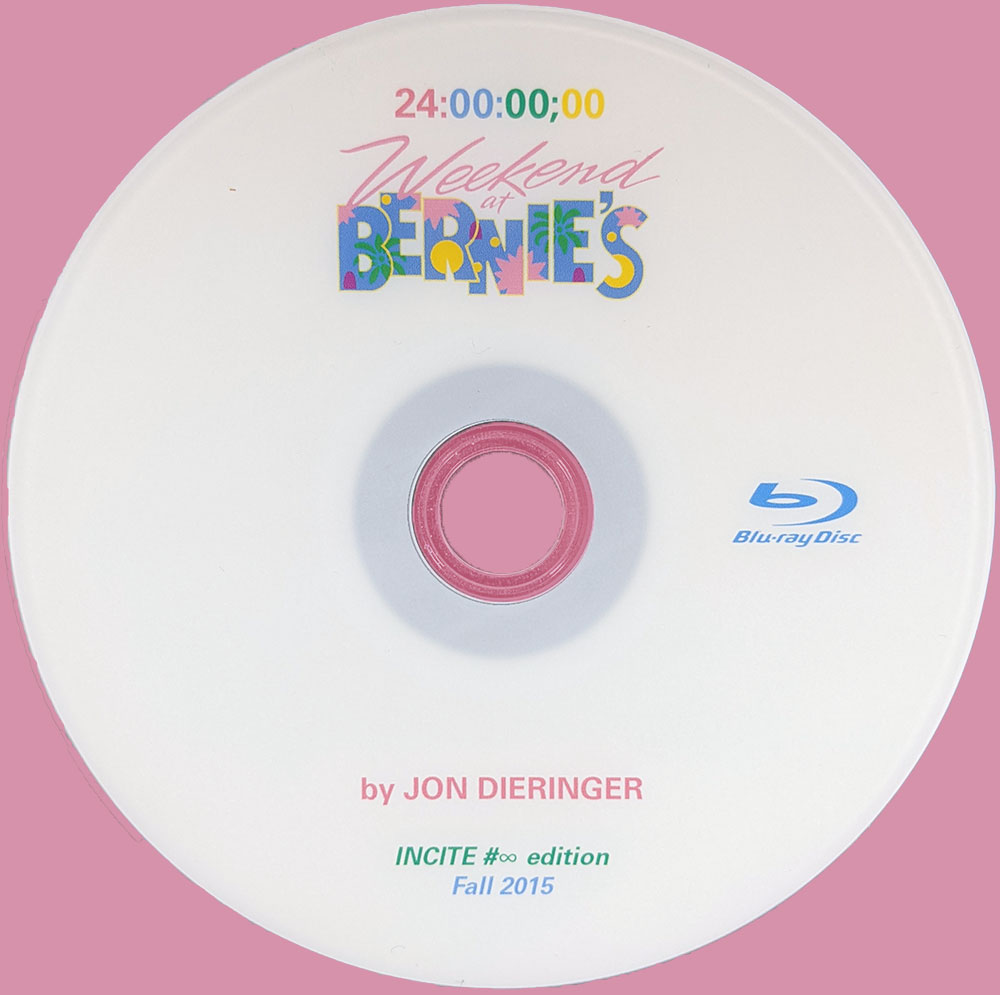 Concerning the passage of time and mortality. 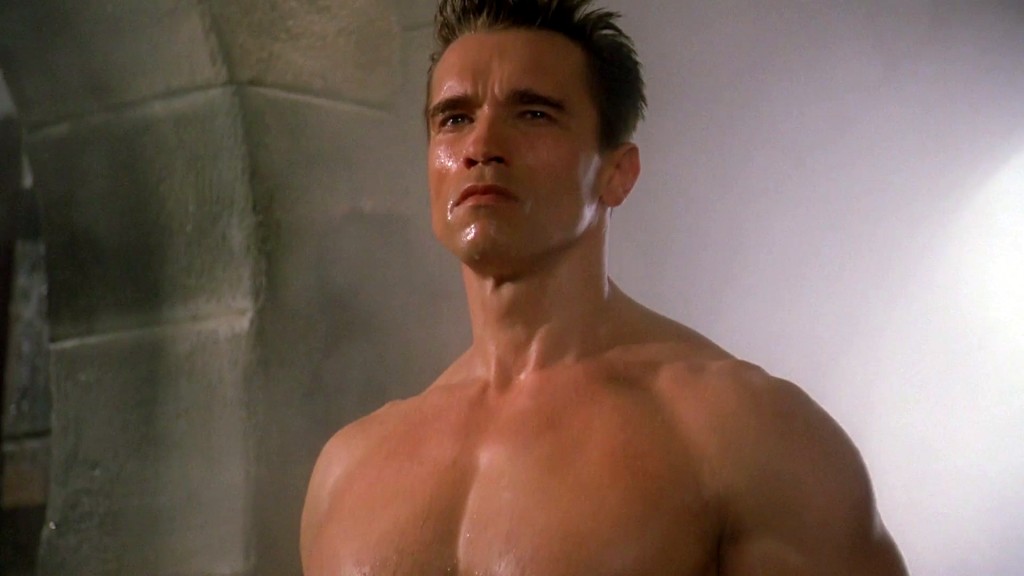 A mythic meditation on the entwined narrative threads in the life and screen personae of Arnold Schwarzenegger. An work of biographical extraction/abstraction, Strong-Thing constructs the ur-Arnold through deft, cohesive audiovisual assemblage riffing on classic narrative continuity composed entirely of footage from films and media appearances. 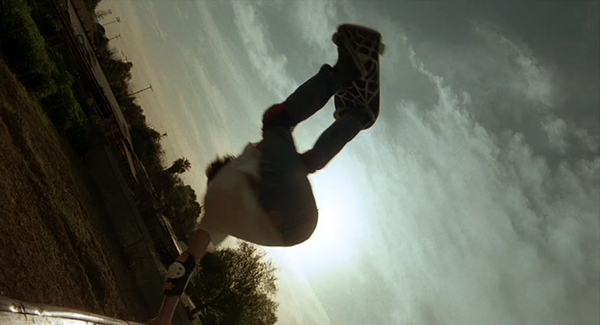 Eternalism 3D with pastel color fields created from ’80s skate and surf films Thrashin’ and North Shore. A mind-mashing synaptic rush and ecstatic synthesis of sound and screen as a parable about the romantic notion of a dim forecast of limited options pitched against endless sunsoaked yearning to be free and fuckin’ ride. Created for live score by Nick Lesley.

Re-structuring of Silver Bullet into a parable of concerning the toxic atmosphere of pedophilia surrounding child actors in Hollywood. 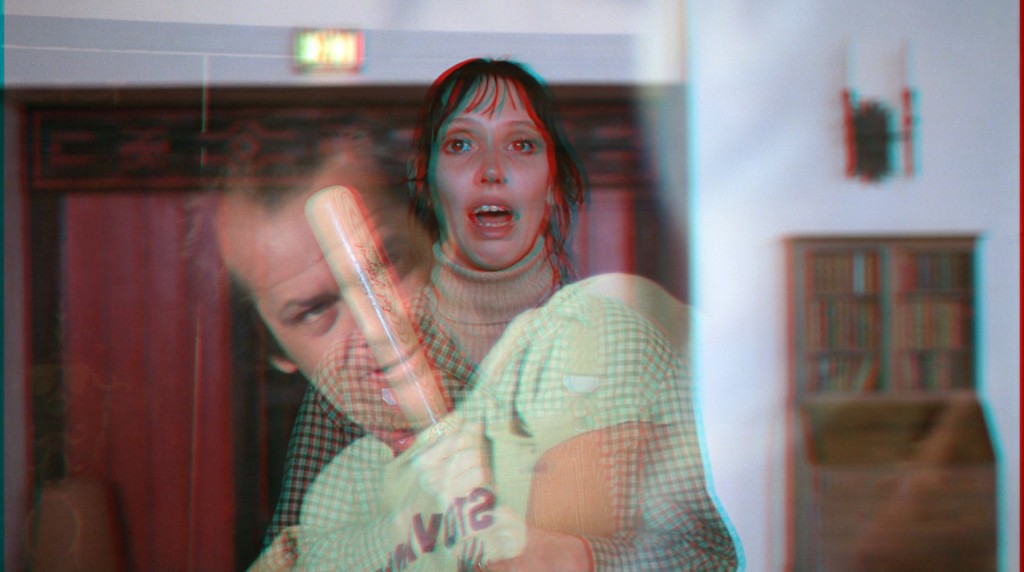 Schematic re-structuring of The Shining, reversed and superimposed on top of itself, with the forwards and backwards channels mixed at opposing depths and criss-crossing midway.

Abstract narrative re-structuring of The Hands of Orlac post-converted to anaglyph 3D. Commissioned for SLEEP ∞ OVER live score.

This is Mean Streets, otherwise untouched, with the pop songs ripped out replaced by amateur cover versions from YouTube—25 in all directly corresponding to the original. The result is a wholesale dismantling of authorship, cinematic space, expectation, and the intellectual property of The Rolling Stones, Ltd., whose songs—and music of other genres including early rock, soul, doo wop, rhythm and blues, Cazone Napoletana, opera and salsa—are now performed variously by wayward narcoleptics, fried teenagers, amateur tenors, Polish pre-teen beauty pageant contestants, hip dads and people testing out new keyboards. An analysis of vicarious cultural production as practiced by Martin Scorsese, YouTube performers, and the artist, Tough Guys is also a joyous paean to egalitarianism and the enduring, irrepressible folk underpinnings of tight-assed corporate culture.

The Scorsesean ‘needle drop’ style of scoring with pop music inspired a whole new branch of the film industry—a mammoth bureaucracy of rights, licensing, music supervisors, clearance coordinators and entertainment lawyers with attendant opportunities for marketing and brand synergy between corporate film and music; Tough Guys elbows its way toward an imagined alternative.

Participatory documentation of direct action, including projector performance by Bradley Eros and Occupy Cinema at the Charging Bull statue and a discussion with CUNY’s Theories of Anti-Capitalist Movements class.